To the Sports Clubs 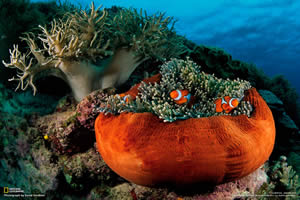 The German-language document you may find here!

Relegation of the Clubs

My person makes one wonder what you actually get your money for; can you really no longer get your team to score a ridiculous goal without the opposing team's goalkeeper catching the ball?

Is the club supposed to go bankrupt just because some dud can't get the ball into the goal?

You let them bully you all day and listen to your family whine at home, and then one has to accept defeat on the football pitch and lose again?

The club gets into the red and the other side kicks our ass again, they can then celebrate again.

If nothing changes, then you know you'll have to take your hat off, because we're not failures; we'll show them that next time, otherwise it'll give a good beating!

Make sure we win next time, we've all set our sights on victory. Goal, goal, goal! !!

In future, please refrain from announcing sports results after the news!

You have turned sport into a performance delivery system for the people involved by creating contrived professions through the sports, with the payment of the athletes having no relation to any usable performance.

A football player is a person who, in his free time, enjoys participating in a game with the aim of getting more balls into the opponent's goal than the opponents.

The team that can score the most goals wins the game.

Every competitive sport involves a very high level of physical chastisement and will sooner or later become noticeable through the state of health of the body, for which others will then mainly have to pay.

By the way, Schumi certainly won't last much longer, he has to go all out now and improve with the new engines, otherwise he's a cowardly ....!

Stop this nonsense immediately with a suitably harmless alternative; you are not right in the head (German-coll. You have not all your cups in the cupboard) for a long time, please believe me!

This letter is now 8 years old and many things have changed in sport, especially in football.

Now we have a Prof. Dr. Dr. Breitner who analyses the games together with a reporter via TV and we have a national coach who is comparable to a psychiatrist in a whiplash function by giving a psychoanalysis before and after the games via the media.

But in the future, such matches can only be watched and listened to with the loud roar of spectators on the pitch, in the streets or via TV and radio, which will probably be used not only for the football matches but for every victory mood.

Another market niche has been found in this respect for mentally disturbed people, whereby some need the noise to make their mood of victory clear collectively, and whereby others are hit health-wise as they have to suffer from the noise, especially when the horns are blown into homes on the streets!

But we can be happy, because our national coach was already sitting at a long table with the new Federal President and the board of the football club, where the laudable speeches about the delivered, characterful German football were held via TV and media and in this respect it was hinted that Jogi will get a contract extension and will not have to take his hat!

Note: Woe to you, you and others have not used your precious time wisely to make the most of the spectacular and costly World Cup in South Africa in the matter and order of which, in particular, the environment has once again paid!﻿

Woe betide you if you do not make proper use of this "2012 World Cup" and continue to live on far too high a cost!

Woe to you, you do not use the remaining time for a turnaround in contemporary history!