Christmas in a Double Pack. 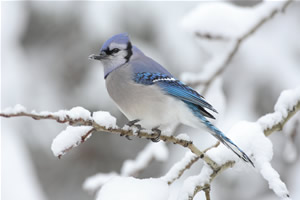 Please, let that German-language letter be translated in the most important languages and be handed over to the right places.

1.)   According to experts, the assets of the Catholic Church worldwide amount to around 270 billion euros. However, this also includes unsaleable art treasures such as the Gero Cross in Cologne Cathedral.

In the desert region of Turkana in northern Kenya, experts have discovered a groundwater deposit that is said to contain at least 250 billion cubic metres of water. This is the result of drilling.

As has become known through the media, the assets of our Catholic Church worldwide amount to around 270 billion euros.

Many faithful have not guessed this and certainly did not know it. These are figures and it is a sum that an ordinary mortal can no longer put into perspective, but should have an idea of what could have been changed with a portion of such a large fortune.

There could still be many people living in the world, I am thinking especially of the many refugees, the people in Israel, Syria or Romania, and the many many Africans who are now no longer alive because they lacked the most basic necessities, which could have been prevented with money or with a fortune.

You as an institution of the Church, or we as Christians, have all been complicit and will continue to be complicit if the human, healthy spirit does not finally bring these conditions to an end.

Of course, as bishops, you will immediately remark that the aforementioned assets are invested in fixed objects, mainly in real estate, and are not so easily available that one could not help oneself from them with full hands.

Of course, you have managed the assets in such a way that they should provide security for the Church, only you have forgotten that you are creating dead capital and that life has also been lost for many people as a result.

But the crucial thing is the security of humanity and this indeed includes a powerful worldwide church.

However, the Church cannot have or be a serious power through gigantic financial investments and funds, but a serious, powerful Church can only come into being through a living community that is capable of action, which not only proclaims God's Word, but does God's Will in an exemplary way, in order to thus be able to enter into a direct connection to the Divine, because anything else would be a clear turning away from God, of which I would like to remind you in particular as clergy urgently!

This is precisely what power means, which can then call upon humanity to invest in the future and set out on the path.

But the real question, especially for you as clergy and for many Christians and people of other faiths around the world, is:

What do we actually have to lose as the last generations in this age and what could we gain and achieve?

Which prophecies do we know as Christians, and which signs of the prophecies have already been clearly confirmed?

And what does this actually mean exactly for other world religions and dissenters, or what could it mean?

We don't have much left to lose, because diseases are rapidly accumulating, especially in old age; the catastrophes and misery are already multiplying and the wars and civil wars are getting louder and bigger; the famines and fear for life are causing many, many people to flee and die on the run and you are waiting with the huge, immovable fortune for the fulfilments of the prophecies; but from nothing comes nothing!

Of course, you are not supposed to blindly hand over the fortune into the wrong hands and have to see what comes out of the projects you have sold.

The same applies to the construction in the Third World and in poor countries; there too, the environment must not be asked to foot the bill, whereby handicrafts and physical strength as a source of energy must always be included in the construction and aid in a future-oriented manner!

Of course, the intervention in the foreign cultures and the culture willed by God is part of the Lord's commission and must be initiated in the best possible way through spiritual strength and creative power, without bloodshed being the result.

I would like to enclose a suitable additional letter and make it public, whereby this letter must also be included in my homepage, since you, as a very rich church, have not acted accordingly on your own and continue to make an effort with the bell-bag, although our age is borne by two popes and should continue to be borne.

Even the "man in the street" can set out through his saved money and combine recreation with the Lord's commission by booking cultural trips for a change instead of pleasure trips for holidays or directly for the commission!

HP: For the sake of the environment, it is now time to invest in the future, especially with regard to the fuel that is still available for the Lord's order.

Dec. 2017 HP: The Protestant Church is certainly not much inferior to the Roman Catholic Church in terms of finances; both large so-called Christian churches have accumulated quite considerable wealth.

The fundamental question is therefore: Why and for whom?